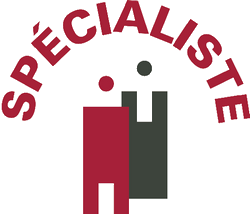 BREXIT. What are the "systemic" consequences for Franco-European companies?

The exit of the United Kingdom from the European Union is effective since January 1, 2020. On 1 January 2021, after a one-year transition period, companies will have to adapt their practices and organizations in advance, as part of their exchanges with the United Kingdom.

These changes are inevitable, regardless of the outcome of the ongoing negotiations between the EU and the United Kingdom.

Thus, as of January 1, 2021, the United Kingdom will be considered a third country by Community Customs.  Although certain uncertainties have not yet been resolved, trade in commercial goods will therefore be qualified, as of January 1, 2021, as exports and imports, whether definitive (simply leaving Community territory and being released for consumption) or temporary (with the use of special customs procedures). The provision of services will also be impacted.

This is not, strictly speaking, a revolution. Buying or selling tangible goods in the United Kingdom, from this date, will be similar to commercial transactions carried out with the USA (in the case of a "no deal") or with Switzerland (in the case of an association agreement). However, this change will be disruptive, particularly for SMEs and ETIs that are not familiar with this type of transaction.

The concrete and operational consequences are multiple and systemic.

Commercial and contractual: Particular care will have to be taken in the coherence of the independent elements of the contractual chain; main commercial contract and induced contracts. Let us quote some essential points: the relevant choice of the INCOTERMS adapted to the nature and characteristics of the goods and the current and future commercial operations, the limitation of the contractual responsibilities in case of sales on arrival.

Fiscal and customs: As an example, let us indicate the necessity for a company, which is not yet an exporter and/or importer, to obtain an EORI number and to respect the constraints resulting from the Export Control System and Import Control System regulations. In addition, for the majority of these companies, customs declarations will be made through an external customs clearance professional and through a representation mandate. As far as VAT is concerned, the rules for payment and reimbursement will change, both for goods and services.

Documentaries: Changes will have to be made on the commercial invoice of purchase or sale. Certain goods, qualified as "controlled or regulated" will have to be accompanied by documents of public order, such as the phytosanitary certificate. In addition, companies will have to demonstrate the originating status of the goods being traded in order for them to benefit from preferential treatment under a possible future agreement between the EU and the United Kingdom. Trade between the EU and its preferential partners will also be affected, as content originating in the UK will acquire "non-originating" status under the EU's preferential trade agreements.

Logistics: Depending on the INCOTERMS chosen, the organization of the parties to the trade contract will change and will involve, among other things, enhanced coordination of the different actors in the supply chain. In addition, companies will have to check whether their supply chains are prepared for the longer lead times resulting from customs formalities and procedures, which will be new for them.

Economic: These changes will induce direct and indirect costs that will have to be passed on to those involved in the commercial operation and, of course, ultimately to consumers.

Managerial: Adaptation to these constraints and obligations will require a transversal organization of the company and the direct involvement, first and foremost, of the purchasing and sales departments, which are generally not very aware of these issues.

The DESITTER firm, specialist in international logistics, and Maître DIONISI-NAUDIN, lawyer specialized in tax and customs law, offer to help you to make the necessary changes.